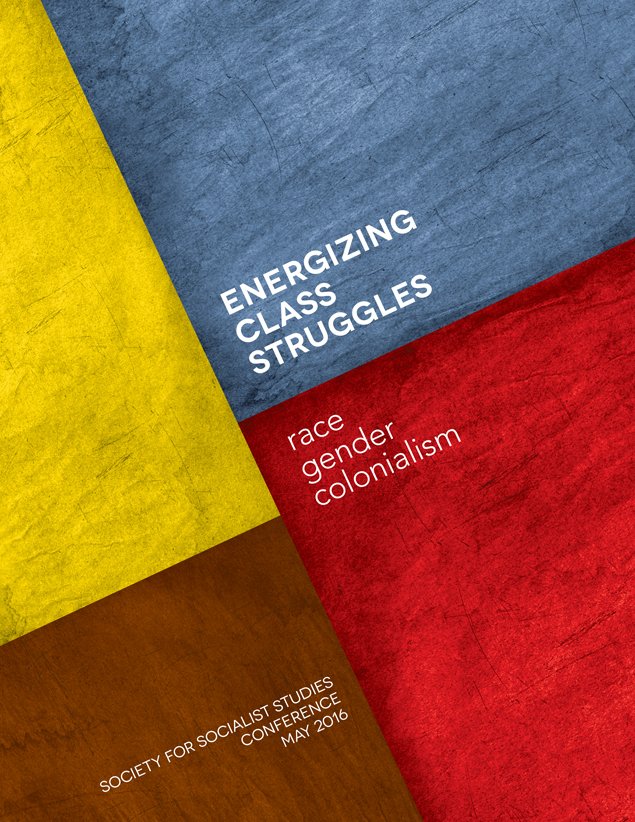 We wish to energize class struggles, understanding that the class relationship
in contemporary capitalism is mediated by forms of oppression related to
gender, race, able-bodiedness and orientation, and is articulated with the
ongoing colonization of Indigenous peoples across lands and waters claimed
by Canada. At the same time, energetic class struggles are a variable historical
reality across the whole of society, in areas ranging from the arts to literary
studies to everyday economics in the home, the workplace and the community.
The University, too, is a site of sometimes-energetic, sometimes-waning class
struggle. On the one hand it reflects the relative dominance of the capitalist
class in radically unequal times, including the power of resource extraction
industries to shape university institutions and aims. On the other hand, the
working classes, women (and women-identified) and subaltern groups have
sought to challenge the expression of capitalist power in academia and
society more broadly. At least since the 1970s, diverse Indigenous peoples
have likewise sought simultaneously to ‘decolonize’ and ‘indigenize’ university
spaces as part of broader struggles of Indigenous self-determination and
liberation. In short, the working classes have never merely accepted their
domination but have always fought battles against the power of capital in very
unequal conditions. We consider energizing class struggles as a possibility – the
potential for revitalized struggles by and for equity-seeking groups, subaltern
classes and among diverse Indigenous peoples against an unjust colonialcapitalist
world system.

The theme of the 2016 CFHSS Congress is ‘Energizing Communities’. In our
attempt to Energize Class Struggles, the Society invites participants to critically
reflect upon the histories of vital class opposition. We call upon contributors to
think through the possibilities for re-energizing class and Indigenous struggles
in an historical moment of unprecedented capitalist class power.