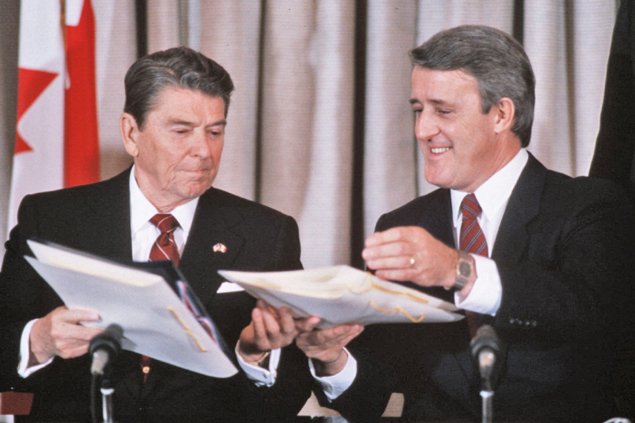 By Chris Hurl and Benjamin Christensen

The implementation of the Canada-US Free Trade Agreement (CUSFTA) in January 1989 marked a decisive moment in the rise of neoliberalism as a political project in Canada. While the left , and socialist political economists in particular, played a central role in galvanizing opposition to the agreement and contributed in no small part to the demise of the Conservative government in 1993, the free trade agenda continued to move forward through the 1990s. This Special Issue revisits the history of struggles against free trade in Canada with two aims in mind: first to remember the coalitions through which opposition was organized, the mobilization of socialist critiques by activists and intellectuals, and the key events leading up to the adoption of the agreement. Second, drawing from this history to make sense of how things have changed over the past 30 years, as right-wing nationalists have increasingly taken the lead in opposing free trade, while neoliberals have sought to rebrand their project as ‘progressive’. How can those on the left effectively confront the project of free trade today while at the same time challenging both far-right nationalism and neoliberal globalization?