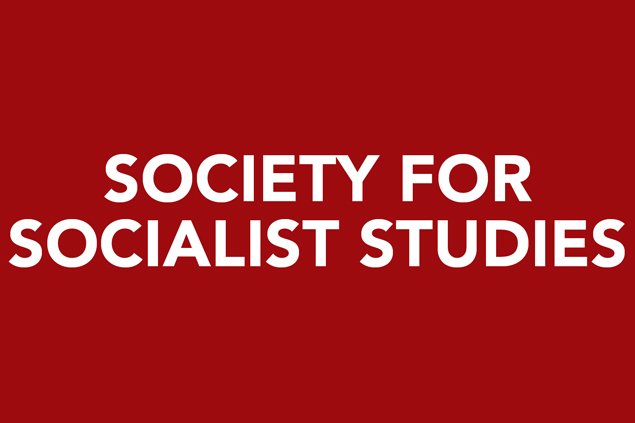 Notice is hereby given that the Society for Socialist Studies General Assembly Membership Meeting for 2021 will take place electronically at the following date and time:

The year 2020-21 has been turbulent for the world, for emancipatory struggles of all kinds – and in its own way, for Canadian academe. With other Canadian scholarly associations, the Society for Socialist Studies has weathered a second year of controversy between the Federation of Humanities and Social Sciences, the Black Canadian Studies Association, and other representatives of Black, Indigenous, and other people of colour. As a result, we joined other learned societies (including the BCSA, xxxx, the Canadian Political Science Association) to stand apart from Congress this year while retaining our other valued ties with the Federation. One result is this, our second online General Assembly in two years. Another is our slimmed-down version of a conference, ably planned (and then re-planned) by Elaine Coburn and the programme committee.

There is much to report, and much to plan and discuss for the future. SSS has taken steps to implement the constitutional changes the membership voted for at GAMM 2020 with an enlarged and more representative executive and a small but growing number of affiliated organizations. We have held two widely attended special events, one a socialist retrospective on the US presidential campaign, and the other on the 30th anniversary of the struggle against the Canada-US Free Trade Agreement, in memory of Mel Watkins and our open-access, peer-reviewed journal, the Journal of Socialist Studies, has issued a special edition. In a post-pandemic environment, we will need to determine our course — and will surely find the energy to accomplish much more.

We will also complete all the formal requirements of the General Assembly, with reports from our executive officers, an election for the role of Secretary, and debate and approval of our annual budget and financial report. Meg Luxton and the book prize committee will announce the annual Errol Sharpe book prize winner. And the essential post-meeting chat will take place as usual after adjournment.

To attend the GAMM, members must have paid their dues for the year 2021 at least 72 hours before the June 4 meeting (to pay dues or to make a donation, click here), and they need to register online (register here).

For an overview of the steps to attend the GAMM electronically, click here. For more on the larger programme of plenary events that we are holding in lieu of a regular Congress, see the programme here.