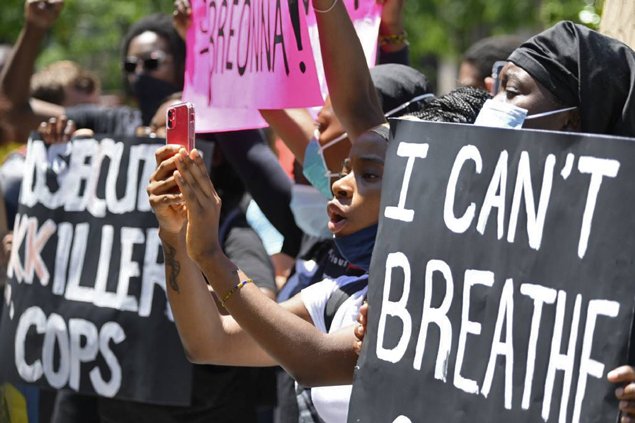 As hundreds of thousands mobilise against white supremacist police states, the Society for Socialist Studies stands in solidarity with Black communities in their struggles against the racial oppression endemic to capitalism. Together with Black communities we seek justice for Regis Korchinski-Paquette (who fell to her death after police entered her home), George Floyd (murdered in cold blood by police) and Breonna Taylor (the Black Emergency Medical Team worker executed by police shooting her 18 times in her own home). We convey our sincere condolences to their families and renew our commitment to work toward deep systemic change.

In the US and Canada, Black communities have long struggled against state violence that is a historical continuation of anti-black plantation logics and colonial genocide. Police state violence against Black and Indigenous people is constitutive of capitalism, and is evidenced by murder, maiming, criminalization and incarceration. Years of neoliberal policies have widened and racialized poverty gaps, including gaps in access to public health and social security systems. At the same time, we have seen an increase in public spending on policing, surveillance, carceration and border imperialism.

Policing, surveillance and carceral logic have become increasingly integrated into health, education and social services. That the current uprising against white-supremacist policing is happening during the Covid-19 crisis reveals how anti-blackness and colonialism are reproduced during pandemic management. For example, Chicago’s Black residents accounted for an astonishing 72% of deaths from Covid-19, despite making up only 30% of the population. Moreover, across the U.S., the vast majority of social distancing summons and fines have been issued to Black people. Black people continue to be over exposed to the Convid-19 virus as precariously employed front line health and essential service workers.

In the U.S., Trump has now called on governors, under the threat of military intervention, to mobilize the National Guard to ‘dominate the streets’ in order quell protests. The situation will continue to change on the ground.

In light of recent events, we demand that:

No justice, no peace.