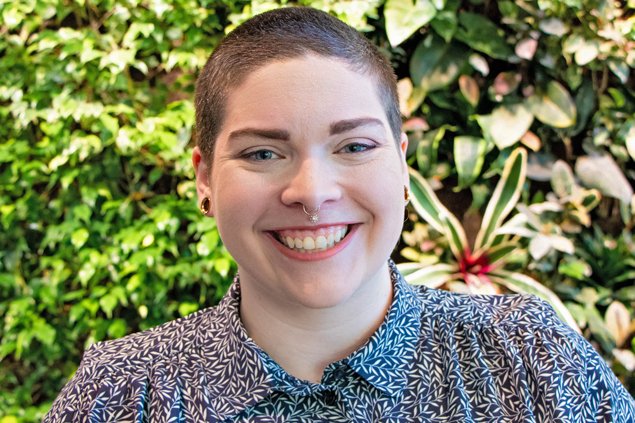 The SSS-SÉS executive is pleased to announce the election by acclamation of Megan Aiken to the position of student observer. Megan was the only nominee received in the summer nomination round that closed on July 28. The executive has unanimously supported Megan’s acclamation.

At the 2019 AGM, two student observer positions were created, which are practically equivalent to non-voting members of the executive. The aim behind the interim posts was to support a move towards formal representation of youth and/or students under the Society’s constitution. The AGM also charged the executive to investigate the constitutional implications of formal representation, and to prepare a motion for presentation to the membership at the 2020 AGM at London, ON.

The executive will launch discussion of this proposed amendment in the coming months. More immediately, it will discuss filling the vacant observer position, consistent with the 2019 AGM motion on nomination and election.

The executive is very pleased to welcome Megan in its midst, and looks forward to a constructive year of collaboration. The following is a brief bio, outlining Megan’s interests and credentials:

“Megan Aiken is a third year PhD student in Political Science at the University of Alberta. Her broad research interests are in political economy, critical policy studies, and comparative politics (primarily within Canada on policy issues). Originally from rural New Brunswick, her principal objective throughout her education has been to research issues of health inequity among provinces; this has led to her dissertation focus being on the (often problematic) ways in which the opioid crisis has been framed as a policy issue in different provinces and among federal and provincial actors. Beyond her research she has continuously served on departmental and university-wide executives, most recently as two-term President of the University of Alberta’s Political Science Graduate Students’ Association. She is seeking election to the SSS Executive in order to help coordinate youth engagement with the association, and to develop networks of progressive young and emerging scholars beyond a single university.”

Welcome to the executive, Megan!

Jamie Lawson, Secretary (for the Executive)