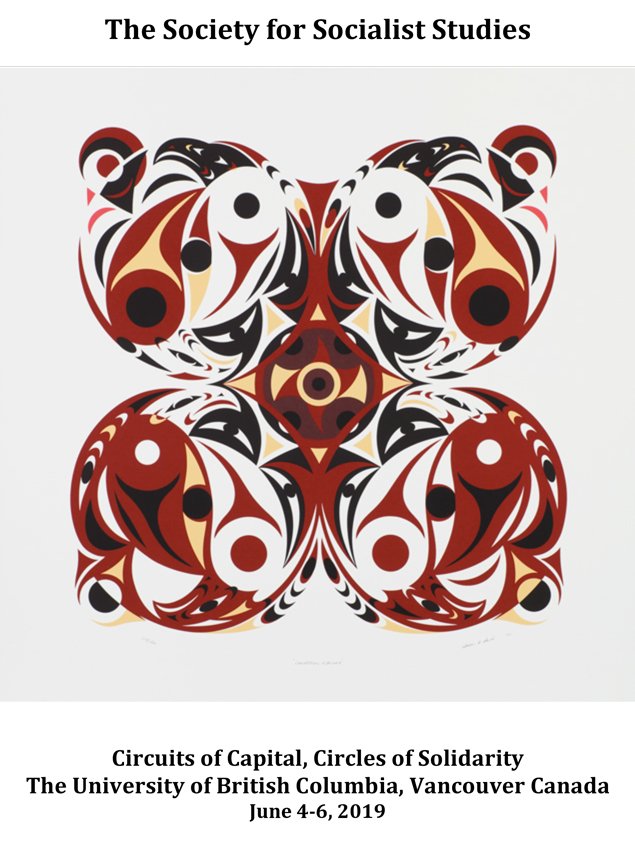 For more than 50 years, the Society for Socialist Studies has endeavoured to open and maintain spaces for socialist and allied critical analyses and reflection, among both scholars and activists. In so doing, the Society draws on the strengths, however constrained and challenged, of both historical and contemporary struggles against capitalism and injustice around the globe.

Despite often violent, sometimes murderous repression, socialist and allied movements mobilize in sometimes extraordinary, sometimes everyday struggles. Together, working people, Indigenous peoples, racialized persons, those with disabilities, the poor, sexual and gender minorities struggle for sustainable relations with the natural world, for social(ist) justice, and for peace, for each and all.

We gather to share ideas, theoretical, empirical and praxis-oriented, with a special emphasis this year on two critical struggles, ecological and Indigenous movements. Together, we critically analyze the world-as-it-isand seek to act in ways that prefigure a more just, equitable and sustainable world-that-may-be.