The Fall 2018 edition of The Journal of the Society for Socialist Studies – a special issue on the Ghadar Movement – is now online. 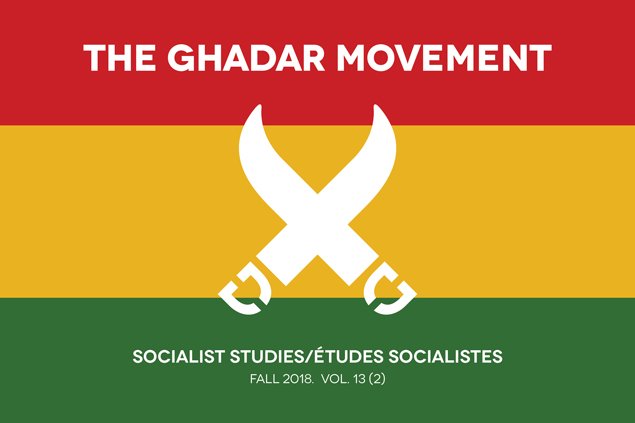 One of the pleasures of editing Socialist Studies is the opportunity to publish Special Issues with guest editors on topics, people, or historical events that are often overlooked or forgotten. This issue brings to life and light the Ghadar Movement of the early 20th century. “Ghadar” literally means rebellion, but if I were to assign a title to this issue, I would draw from the wonderful introduction by the Guest Editors, Drs Radha D’Souza and Kasim Tirmizey, and name it “Revive, Retheorize, Repoliticize”. This Special Issue revives the Ghadar movement, retheorizes what it meant in historical and theoretical terms for socialist resistance and anticolonial movements, and it calls on us all to repoliticize our own ideas and commitments in light of a time where there is a very real return to authoritarian and fascist politics.

This special issue was initiated by its guest editors and I am indebted to them for their time and commitment to this project. They also assembled a set of contributors who have each enriched our understanding of who and what constituted this internationalist movement.

About the Guest Editors

Dr. Radha D’Souza teaches law at the University of Westminster, London. She is a social justice activist, a writer, critic and commentator. Her most recent book is What’s Wrong with Rights? Social Movements, Law and Liberal Imaginations (Pluto Press, 2018).

Dr. Kasim Tirmizey has a PhD in Environmental Studies from York University. His recent research examines the history of radical anticolonial movements in relation to the emergence of the Pakistani nation-state. He is currently teaching at Concordia University.