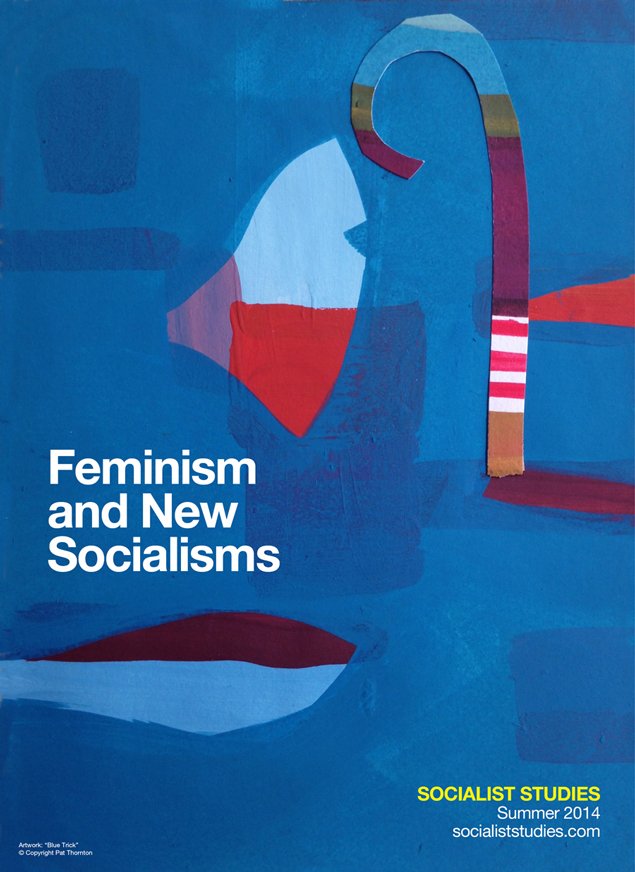 I am pleased to announce the final issue of Socialist Studies under my editorship. Titled “Feminism and New Socialisms,” it is now available online at:

Socialist Studies is in excellent shape, with over 9,000 online visitors last year from over 70 countries. Harvard University libraries, hardly known for their socialist sympathies, favourably reviewed the Journal in January 2014 and recommended it to both Canadian and international scholars. We are in an increasingly important number of electronic and library databases, ensuring access to a broadening international readership. The strength of Socialist Studies is evident, most of all, in its rigorous scholarly content, helping to shape conversations among historical materialist, socialist and anti-oppressive scholars worldwide.

Over the last five years, including two in co-editorship with Chad Thompson, Socialist Studies has featured contributions, including interviews, by many well-known historical materialist, socialist and anti-oppressive scholars: Taiaiake Alfred, Abigail Bakan, Himani Bannerji, Johanna Brenner (this issue), William K. Carroll, Margaret Kovach, Peter McLaren, Leo Panitch, and Dorothy Smith, among others, as well as up and coming early-career scholars.

The current “Feminism and New Socialisms” Summer 2014 issue is, furthermore, characteristically international, including contributions that consider working class and anti-oppressive struggles in Uganda, China and Japan, with contributing authors from Canada, France, Japan, Korea, the United States and the United Kingdom. In addition, the issue offers reflections on the career contributions of the late Stuart Hall, including a feature review by Herbert Pimlott.

Finally, this issue of Socialist Studies also invites a debate, through a substantive editorial, about the distinctive contributions – but also critical weaknesses – of historical materialist theories and socialist struggles to movements for human liberation and justice. The transition to the new Editor, Sandra Rein, is well under way and Socialist Studies is in very good hands.

Enjoy “Feminism and New Socialisms.” And please remember that Socialist Studies welcomes strong article and research note submissions for peer review, as well as suggestions for other initiatives, including special issues. Sandra Rein, the new editor, may be reached at editorsocialiststudies@gmail.com.

EDITORIAL
Elaine Coburn. ‘Nothing Human is Alien to Me’: Rethinking Historical Materialism and Socialism.

Hisanao Takase. The Transnational Capitalist Class, the Trilateral Commission and the Case of Japan: Rhetorics and Realities.

Josh Brem-Wilson. From ‘Here’ to ‘There’: Social Movements, the Academy and Solidarity Research.

Jenna R. Amirault. Lessons of Occupy: Towards a Consequentialist Socialist Politics for the 99 Percent.

Dong-Ryul Choo. Equality, Community and the Scope of Distributive Justice: A Partial Defense of Cohen’s Vision.

BOOK REVIEWS
On A Journalist’s Life on the Left
Ed Finn. Reviewed By Michelle Weinroth

Quiet No More: New Political Activism in Canada and Around the Globe
Joel D. Harden. Reviewed by William K. Carroll

Value in Marx: The Persistence of Value in a More-Than-Capitalist World
By George Henderson. Reviewed by Ian Angus